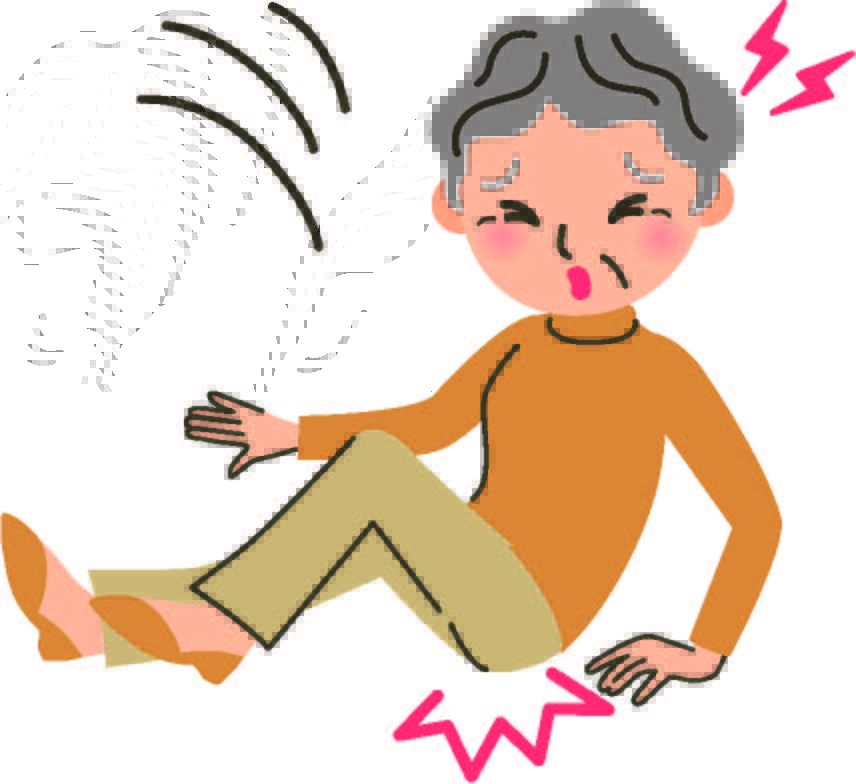 “She’s aging gracefully,” said the vet, having examined my soon-to-be 13-year-old black lab, Daphne. That makes one of us, I said to myself.

Daphne’s heart, lungs, and other vitals were good. But that morning, she’d not been able to put weight on her left rear leg. Diagnosis: She’d pulled a muscle, apparently in a fall. That makes two of us. Together we limped out of the vet’s office, armed with medicines to combat Daphne’s pain and arthritis.

It is generally believed that emergence of our ancestor, homo Erectus, some two million years ago was a sign of evolutionary progress. We had climbed out of trees and no longer walked on all fours. After watching Daphne quickly heal and return to using all four legs, I’m not so sure. Are we human beings really better off with only two feet anchoring us — especially those of us convicted under the law of gravity? In other words, the fallen.

I do not mean to make light of the issue of falling. The National Council on Aging reports that one in four Americans sixty-five years and older fall each year. “Falls are the leading cause of fatal injuries and the most common cause of nonfatal trauma-related hospital admissions for older adults,” says the Council’s website.

My late mother, when in her 90s, leaned down to pick something off the floor, fell, and broke her neck. She ended up with one of those horrible metal halos screwed into her skull. Miraculously, neither the fall nor halo killed her. She eventually succumbed to cancer.

Unlike Mother, I didn’t break anything in my most recent fall. I consider myself fortunate, though bruised from toe to chin, with various injuries including a torn meniscus in my right knee. That was six weeks ago. Under the care of a physical therapist, I’m finally bruise- and pain-free, slowly regaining flexion in the knee. In another week or two I expect I’ll no longer walk like Chester, the long-ago sidekick in the TV show, “Gunsmoke.” Actor Dennis Weaver, who played Chester, invented the limp to make his character unique. He reportedly later regretted the decision, because it wasn’t easy limping week after week. No kidding.

The humiliating part of my fall was that it was my second crash-and-burn inside a month. Both involved dear Daphne, but both are the fault of my failure to simply pay attention. Christmas Day I stepped away from my computer, thinking I was stepping onto the floor. I was really stepping onto Daphne, who I hadn’t noticed was stretched out beside me. After I landed on my back, I lay there for a minute, catching my breath. I realized that my Christmas miracle was that I could get back up again.

I wasn’t so lucky the second time, Martin Luther King Jr. Day. It was blessedly sunny. Daphne, my other dog Tawny, and I were enjoying a walk at a brisk pace. I was reveling in my good health and mobility at age seventy-six. What’s that old saying about “Pride goeth before a …” CUH-RASH! Distracted, I’d gotten tangled in their leashes and landed on unforgiving asphalt.  I was two blocks from home, pretty sure I hadn’t broken anything, but unable to get up. Not by myself.

Two people — a man and a woman I didn’t know — had been chatting nearby and came over to help. Turned out they were in the middle of moving the woman out of her apartment because  — get this — she was being evicted. They clearly had bigger problems and more important things to do than help me. They insisted on bundling me into their aged van along with my dogs, driving me home, and helping me into the house. When total strangers care for you like that, it’s a taste of heaven.

Despite the frequency of falls, they “are not a normal part of aging,” says the Council on Aging website. In other words, they’re not inevitable. After I get my injuries sorted out, my physical therapist and I will be working on balance techniques. I’m also exploring evidence-based fall prevention programs recommended by the Council.  This is tricky in the era of Covid. Many of these programs are taught in group settings, thus aren’t available right now. Some, however, have moved online, including SAIL (Stay Active and Independent for Life), which offers both real-time Zoom classes and any-time videos. (Check out the “Resources” menu.)

SAIL originated in my state of Washington with studies in 2003 and the development of classes in 2006. It’s now nationwide. The name came about when researchers learned seniors were disinterested in fall-prevention exercise programs but more responsive to the message of “staying active and independent.” Yeah, well, that too.

I just want to stop falling. It hurts.