I could have taken a luxury cruise with deluxe stateroom instead of spending the same amount of  money to tote concrete blocks, watch dirt fly, and avoid snakes in my backyard.

As I inexorably roll through my 70s, I’m recognizing a certain waning of agility. Maintaining my backyard—a gentle slope leading to the river—required crawling through a forest of entrenched junipers. Each year, I’m less inclined and/or able to do so. Reuben, a sympathetic landscaper, designed an alternative for an aging gardener: terraced plantings minus the junipers.

The transformation would require heavy digging and lifting, so I hired a contractor. A Viking Cruise brochure arrived in the mail the same day he handed me his bid. As I flipped through the glossy color pages, I noted the similarity in cost. Oh, well, I thought. I’m at sea most of the time anyway.

It was to be a five-day project, but even Eden was six days in the making. This job required seven. 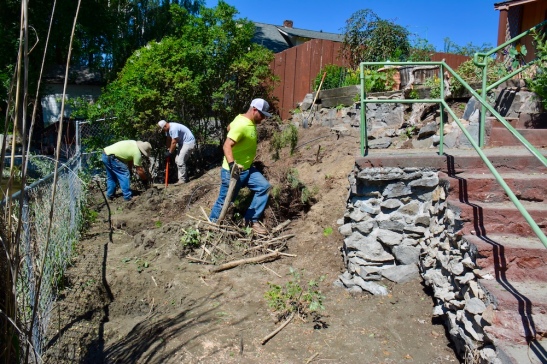 Day One: Demolition. The flooding river had receded just in time, leaving behind a considerable layer of mud in my lower yard and a lingering stench. The four-man crew dug in and revved up chain saws. As a life-long tree hugger, I couldn’t believe how happy I was to see the venerable junipers disappear. 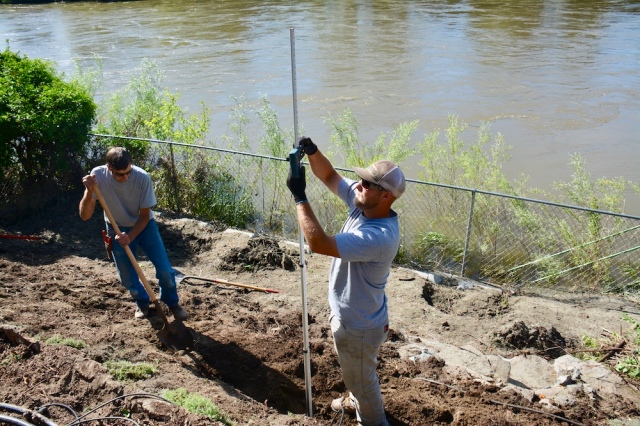 Day Two: Sculpting. Reuben adapted his paper plan to fit the naked ground, drawing a shovel to line out terrace walls like a sculptor pulling form from clay. 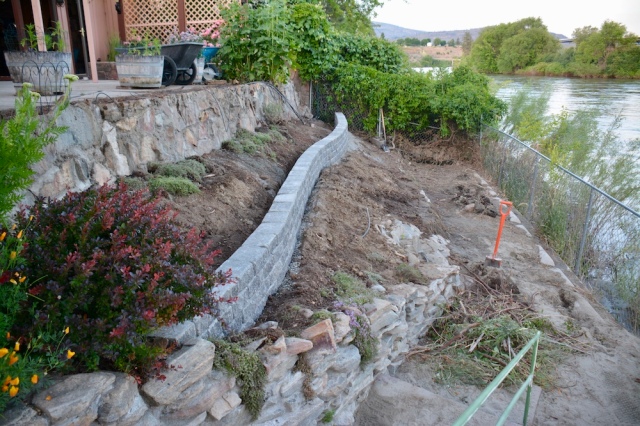 Day Three: Blocks. Stacks of retaining blocks magically appeared on my patio in early morning. The stack slowly diminished as Leon, working solo that day, erected walls. By afternoon, as the walls stretched further from the block piles, I watched Leon walk up the steps, retrieve two blocks, descend the steps, place the blocks. Over and over. I picked up one of the blocks, decided I could heft and deliver them one at a time. That would keep him building instead of walking.

“Don’t tell your boss,” I advised. “He’ll want to charge me extra.” 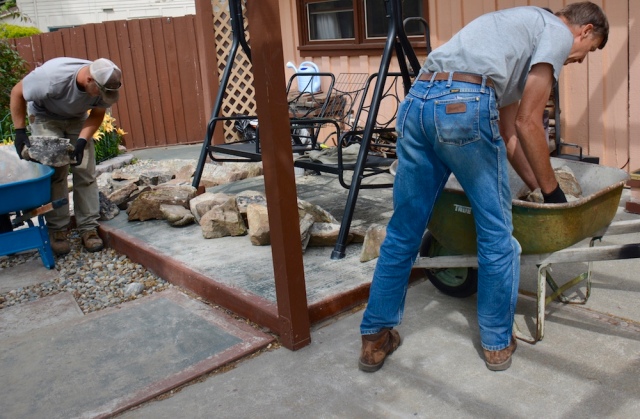 Day Four: Rocks. The morning began with delivery of rocks the size of July Fourth watermelons. I did not even consider picking one up. Toting the rocks one by one down a full flight of stairs, the men meticulously created my lower terrace wall. 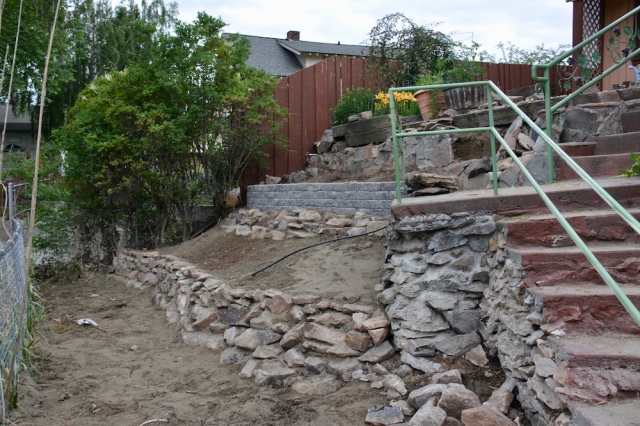 Day Five: Shifting sands. At least we didn’t need fill dirt. The river had left more than an adequate amount of sand to fill behind the terrace walls. Did I mentioned the snakes? Dislodged from their hidy-holes, the harmless garter snakes slithered about, futilely seeking a little peace and quiet. 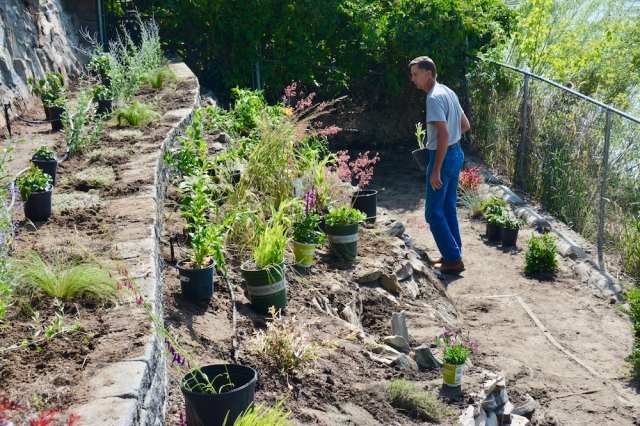 Day Six (after a weekend off): Planting! Shrubs and grasses were carried in their pots to the lower level, where Reuben stood, eyeballing his empty canvas of dirt, placing the pots so the rest of the team could dig in. Irrigation lines were functioning by day’s end. 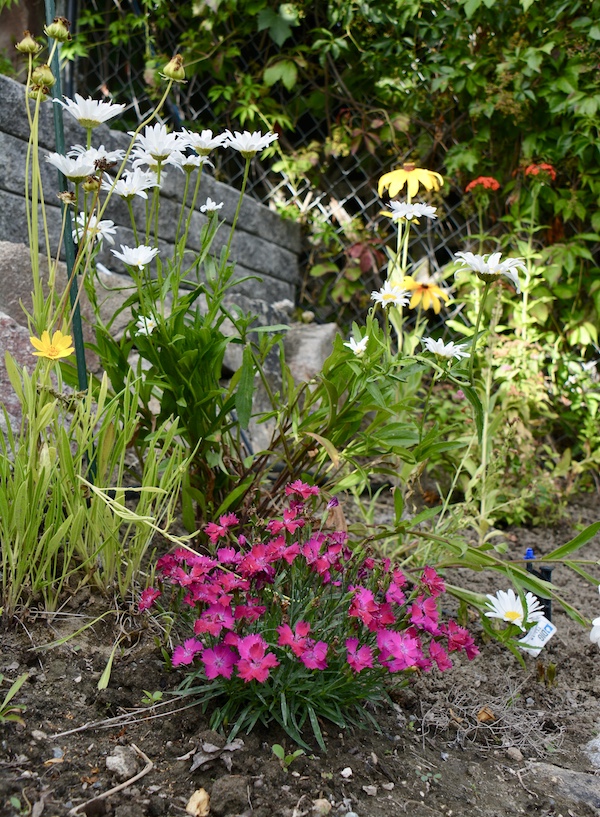 Day Seven: Perennials. We began in Reuben’s garden, a glorious oasis of color amidst the Okanogan’s sage and sand. He generously donated perennials from his abundance.

Seven days—plus a few years. Reuben’s dictum for new plants is, “Year one they sleep; year two they creep; year three they leap.” I’m calling it my 20/20 garden. By year 2020, it will be a vision. If I’d gone on a cruise, I’d have beautiful memories. My garden promises a lovely future.